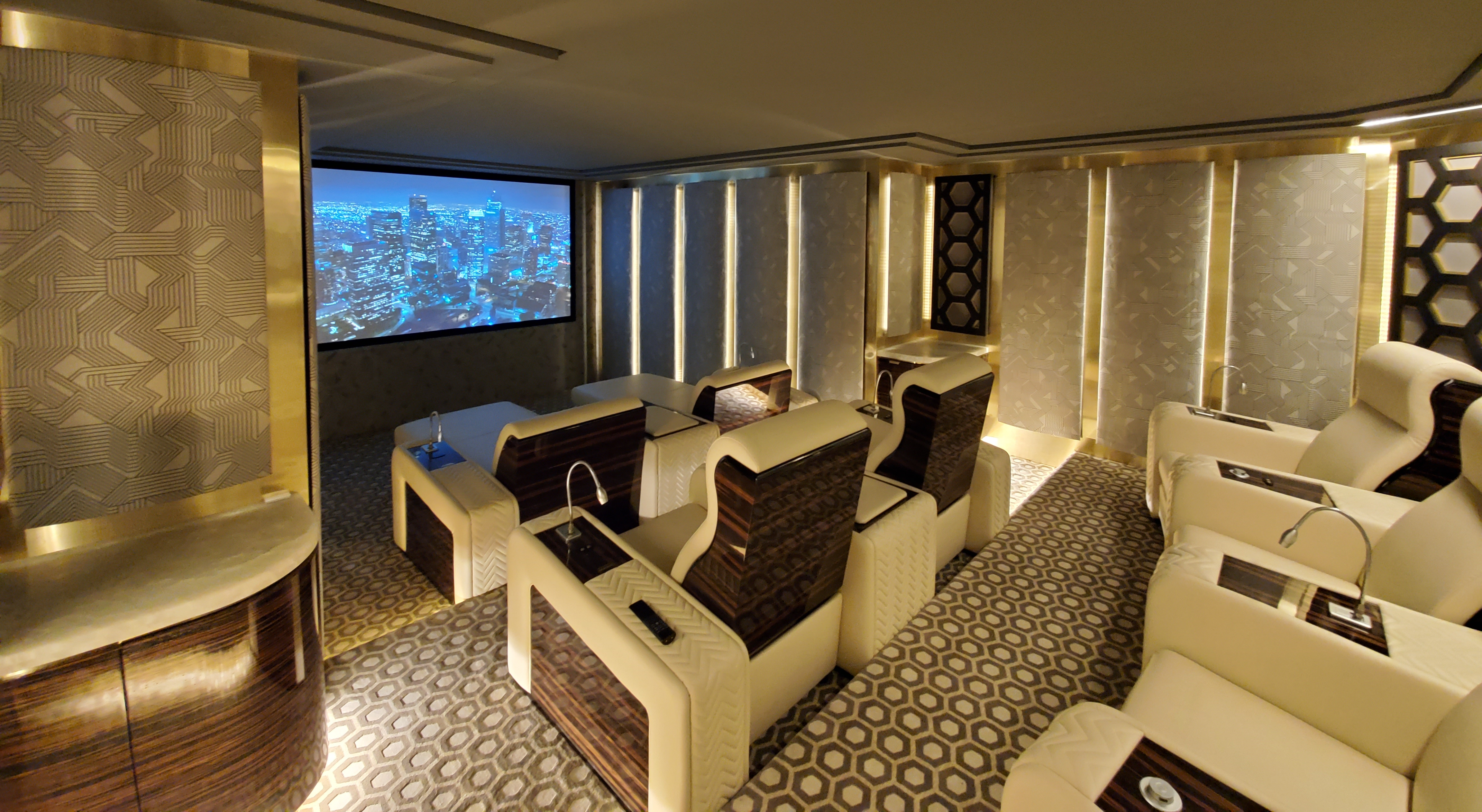 Stereo and Video Integrators, Inc. created a dedicated home theater for a customer in Spring Lake, NJ. The equipment included JBL speakers and Lexicon home theater electronics. All sound absorption and diffusion panels were custom designed and built by SVI. 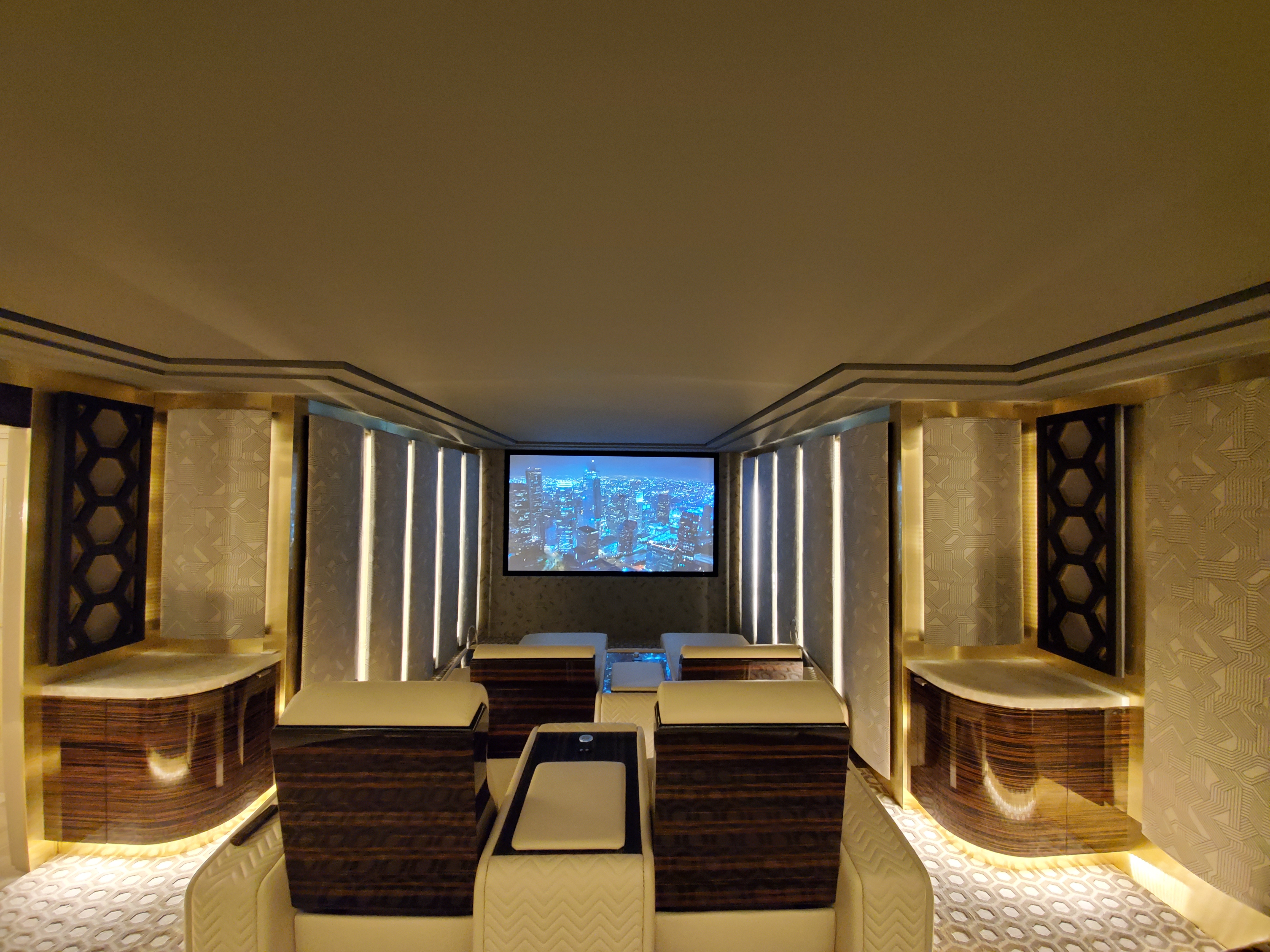 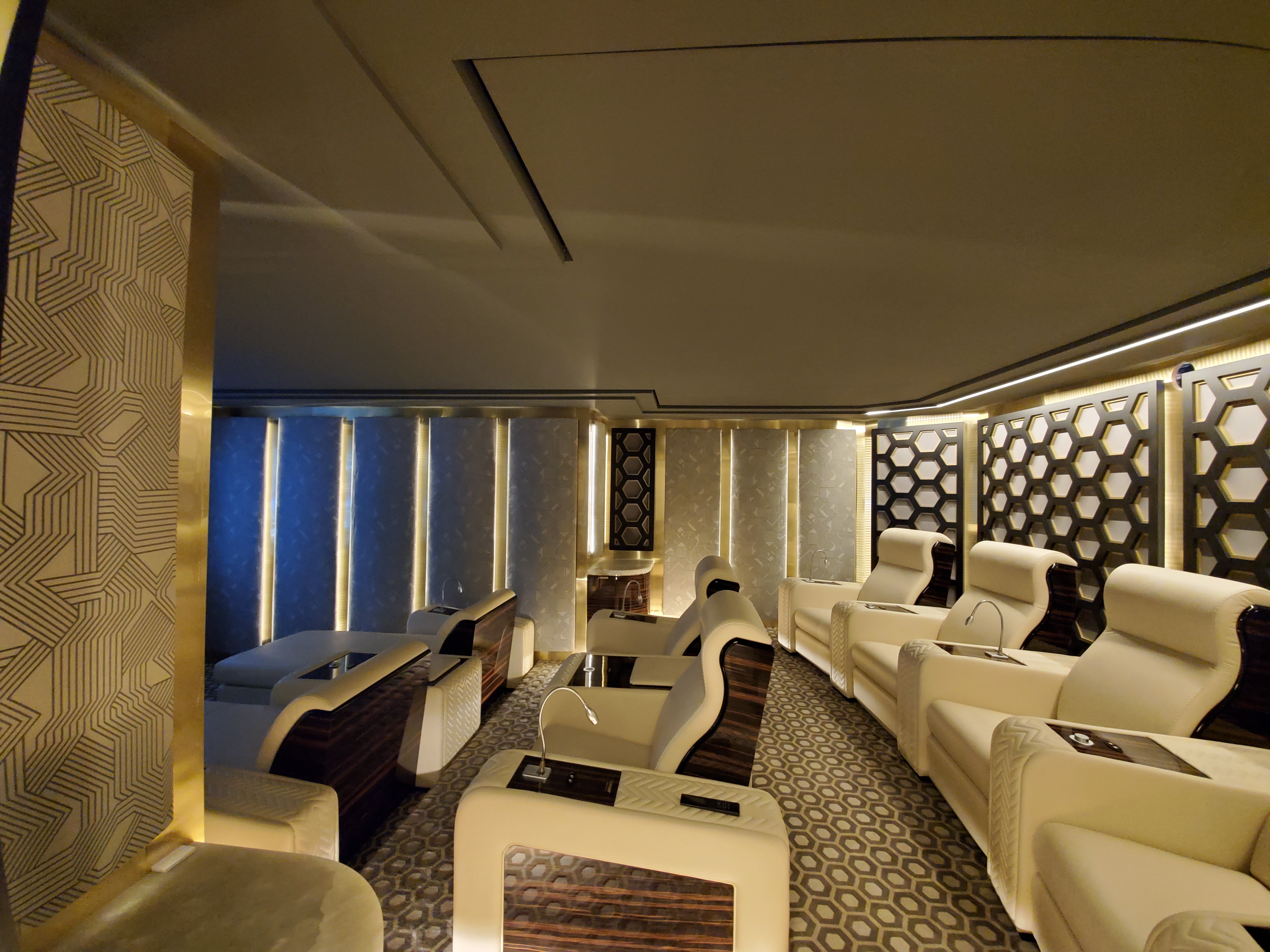 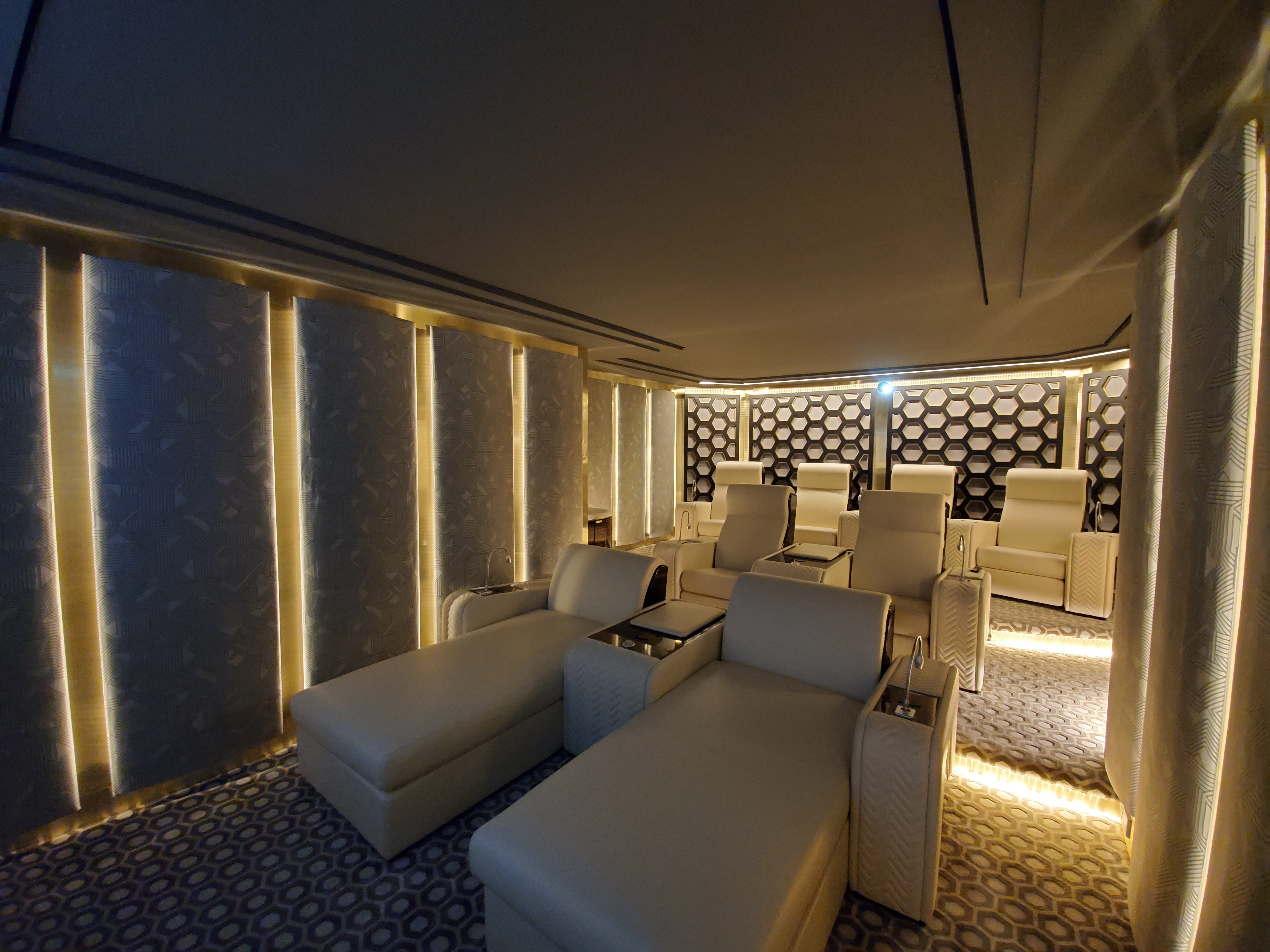 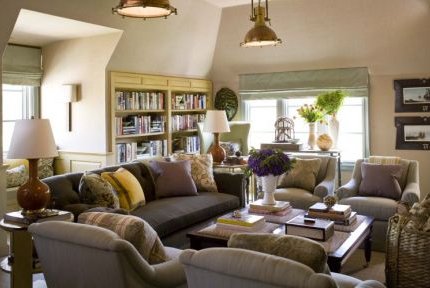 Stereo and Video Integrators, Inc. provided the equipment and installation for the “Media Room” at the Stately Homes By The Sea: Sheep’s Run designer show house. 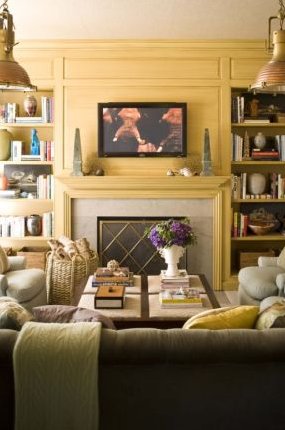 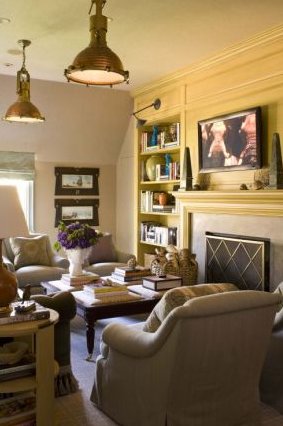 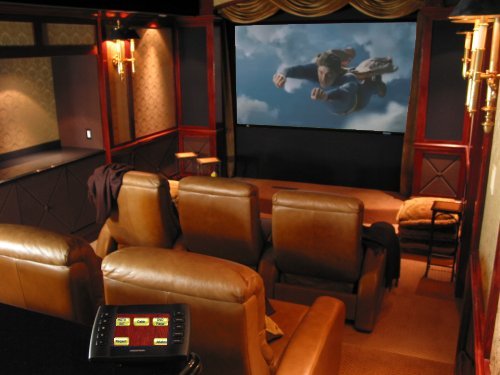 This project entailed converting the space above the detached garage into a dedicated home theater and arcade.

Equipment included a Runco projector, McIntosh surround sound system and a 120″ screen controlled by a Crestron system that interfaces with the lights, thermostats and the main house. 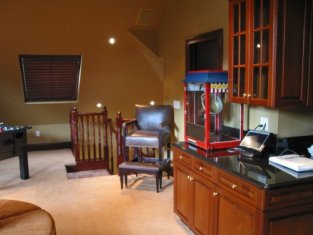 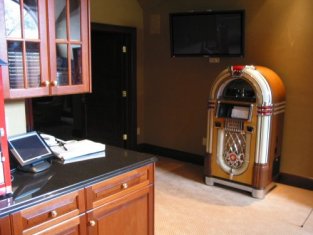 The Arcade room has a Jukebox, an arcade console that plays over a 1000 games in one cabinet, a pinball machine and an air hockey ring. These games are all controlled by a 10″ Crestron touch panel that also controls the music and two plasma displays. 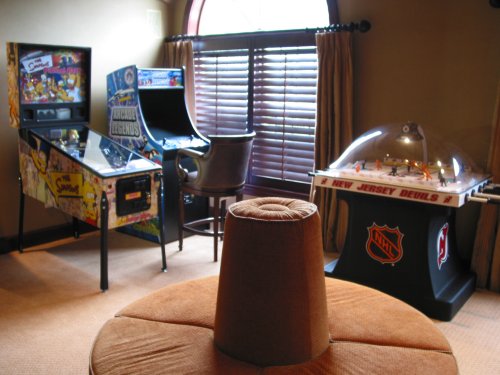